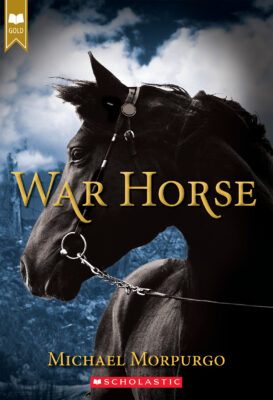 It is 1914, and Joey, a farm horse, is sold to the army and thrust into the midst of World War I on the Western Front. When Joey is dragged away, his heart aches for Albert, the farmer's son he is forced to leave behind.

In the army the beautiful red-bay horse is trained to charge the enemy, drag heavy artillery, and carry wounded soldiers not much older than Albert off the battlefields. Amongst the clamoring of guns, and while plodding through the cold mud, Joey wonders if the war will ever end. And if it does, will he ever find Albert again?