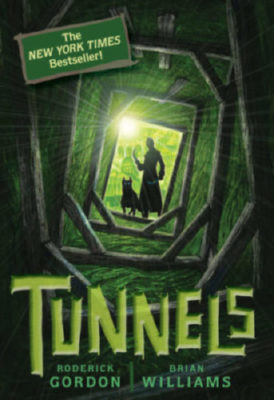 14-year-old Will Burrows has little in common with his strange, dysfunctional family. In fact, the only bond he shares with his eccentric father is a passion for archaeological excavation. So when Dad mysteriously vanishes, Will is compelled to dig up the truth behind his disappearance. He unearths the unbelievable: a secret subterranean society. "The Colony" has existed unchanged for a century, but it's no benign time capsule of a bygone era--because the Colony is ruled by a cultlike overclass, the Styx. Before long--before he can find his father--Will is their prisoner....
Roderick Gordon