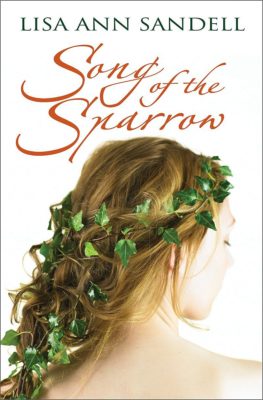 Song of the Sparrow

Since the days of King Arthur, there have been poems and paintings created in her name. She is Elaine of Ascolat, the Lady of Shalott, and now there is a book all her own. The year is 490 A.D. and 16-year-old Elaine has a temperament to match her fiery red hair. Living on a military base with her father, brothers, and the rest of Arthur's army, Elaine pines for the handsome Lancelot, and longs for a female companion. But when the cruel, beautiful Gwynivere arrives, Elaine is confronted with startling emotions of jealousy and rivalry. Can Elaine find the strength to survive the birth of a kingdom?

Lisa Ann Sandell is the author of A Map of the Known World, of which Publishers Weekly wrote in a starred review, "Sandell's...fluid phrasing and choice of metaphors give her prose a quiet poetic ambience." She also wrote Song of the Sparrow, which Publishers Weekly called "unique and eloquently wrought" in a starred review. Lisa works as a children's books editor and lives in New York City with her family. Please visit her online at lisaannsandell.com.