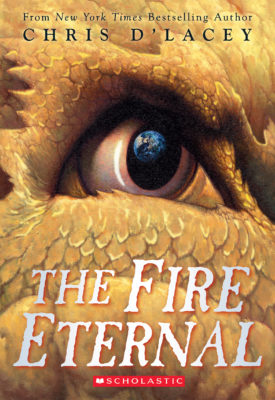 A stirring of new magic at the poles makes a fiery tale for readers in the 4th book in the NY TIMES bestselling Dragons series!

Five years have passed since David Rain, now a bestselling author, disappeared mysteriously in the Artic. Slowly the ice is changing; bears are starving; dragons are rising; and the spirit Gaia, goddess of the Earth, is restless, wanting to act upon these changes. But all living things may suffer if she does. As the weather grows wilder and the ice caps melt, all eyes turn from the north to David's daughter, Alexa. She is the key to stopping it. . . . Can one girl save the world from the forces of evil before she disappears like her father?