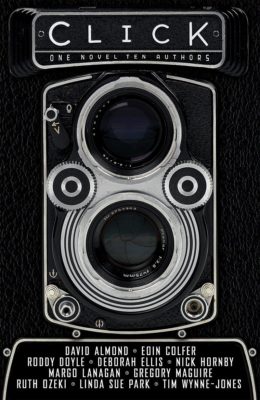 This well-received novel from a cast of acclaimed authors is now available in paperback!A video message from a dead person. A larcenous teenager. A man who can stick his left toe behind his head and in his ear. An epileptic girl seeking answers in a fairy tale. A boy who loses everything in World War II, and his brother who loses even more. And a family with a secret so big that it changes everything.The world's best beloved authors each contribute a chapter in the life of the mysterious George "Gee" Keane, photographer, soldier, adventurer, and enigma. Under different pens, a startling portrait emerges of a man, his family, and his gloriously complicated tangle of a life.
David Almond

strong>David Almond is the acclaimed author of many award-winning novels for children such as Skellig, Kit's Wilderness and My Name Is Mina, and has collaborated with artists Polly Dunbar, Dave McKean and Oliver Jeffers on fiction for younger readers. David's books sell all over the world, and in 2011 he was the recipient of the prestigious Hans Christian Andersen Award. He lives in Hexham, Northumberland.

Born in Dublin, Ireland in 1958, Roddy Doyle has become one of the most renown and celebrated Irish authors of the late twentieth century. Doyl received his Bachelor of Arts from St. Finian's Christian Brothers School in Sutton and went on to University College, Dublin. Upon the completion of his education, Roddy Doyle worked as a Geography and English teacher in Kilbarrack, North Dublin.

Roddy Doyle lives in Ireland with his wife, Belinda and their two children.

DEBORAH ELLIS is an anti-war and women's rights activist who works as a mental health counselor at Margaret Frazer House in Toronto. She has published a novel for children, Looking For X.

Gregory Maguire is the author of more than a dozen novels for children as well as four adult novels, including Wicked: The Life and Times of the Wicked Witch of the West, which was made into a hit Broadway musical. He lives outside Boston, Massachusetts.

Linda Sue Park became a professional writer when she published her first poem at age nine. She went on to become a journalist, a food critic, and an English teacher, but Park did not test her hand at writing fiction until she was in her midthirties, at the same time that she began to explore her Korean heritage in earnest. Her research resulted in a treasure trove of children's books, each of which delves into a different piece of Korean history. In 2002, Park was awarded the Newbery Medal for her third novel, A Single Shard becoming the first Korean American to take home the honor.

Tim Wynne-Jones is an English-Canadian author of children”s literature, including picture books and novels for children and young adults, as well as novels for adults.