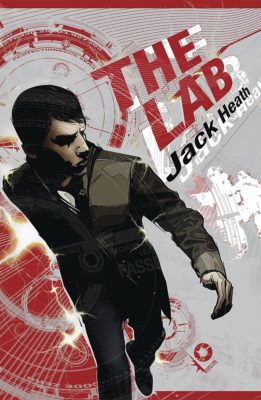 You can't kill the past.

Meet a sixteen-year-old superhuman: Agent Six of Hearts. He's the strongest, most effective agent in the Deck, a team of special agents fighting to uphold justice in a completely corrupt world.

Six would be invincible . . . if not for a deadly secret. He is the product of an illegal experiment by the Lab -- a ruthless division of the corporation that controls his world. When the Deck begins to investigate the Lab, Six walks a tightrope between his two worlds, trying to keep his origin secret. But then he meets Kyntak, a boy whose past equals his own.

As Six's life spirals out of control, he must face his most dangerous mission yet, in this nonstop-action thriller from twenty-two-year-old debut author Jack Heath.
Jack Heath

Jack Heath is the award-winning author of six action-packed thrillers for young adults. He started writing his first novel, The Lab, at age 13. He lives in Australia. Visit him online at jackheath.com.au.