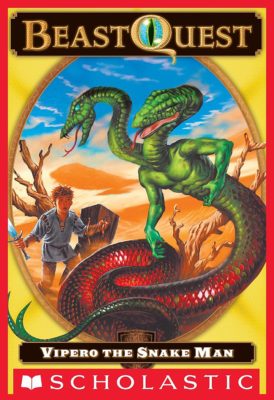 Setting out on the next stage of the Quest is harder than ever-it means leaving home. Tom successfully defended his village, but an even more sinister Beast waits on the horizon: Vipero. Tom has no choice but to leave his family once again, bound for the desert and its untold dangers.
Adam Blade