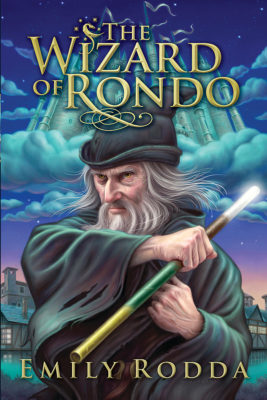 The Wizard Of Rondo

When Leo Zifkak inherited an antique music box from his stuffy great-aunt, he never expected that it might hide a wondrous secret. The music box is the portal to a new world, Rondo.

Leo's first visit to Rondo was to rescue his cousin, Mimi, and he almost lost his life. On his second visit, something much more important is at stake - his soul. There's a wizard missing and an innocent young man accused of his death. If Leo and Mimi are to right this wrong, they're going to have to risk everything...