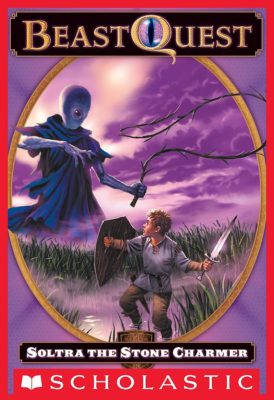 Throughout his quest, he's imagined the day he'd finally get to return to Errinel, safe in the knowledge that he'd kept the kingdom safe.

But Malvel has other ideas. Eager for revenge, the Dark Wizard has unleashed his latest Beast, Soltra the Stone Charmer, into the marshes that border Tom's own village. And as he races forward to meet the next Beast, all Tom can think about is his family--which is exactly what Malvel wants . . .
Adam Blade