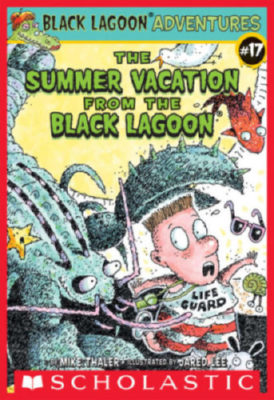 The Summer Vacation from the Black Lagoon

Everybody loves the last day of school, but few realize the dangers of the the first day of summer. Hubie is bored. What can he do with all this free time? His friends are away, mom has chores for him, and his popsicle stand is melting. How is he going to survive this never-ending vacation?
Jared Lee