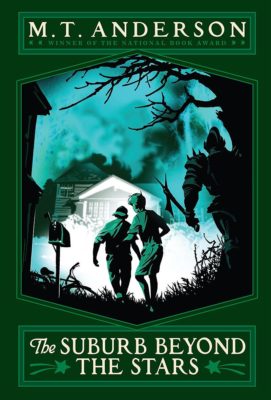 The Norumbegan Quartet #2: The Suburb Beyond the Stars

The fun and fantasy continue with bestselling and award-winning author M. T. Anderson.You haven't seen strange until you've seen what Brian and Gregory are up against.... Something incredibly strange is happening. It's not The Game of Sunken Places-Brian and Gregory have been through that before. But still...strange creatures have begun to chase after them. And Gregory's adventurous cousin Prudence has disappeared. When Brian and Gregory go to the Vermont woods to track down Prudence, they find many things are...off. People are not where they're supposed to be. Time has stopped working properly.