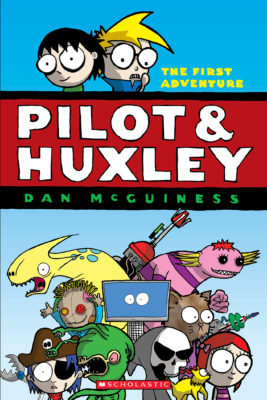 Pilot & Huxley get zapped to another dimension by aliens seeking to enslave Earth. Things get weird when they traverse a swamp of bees, battle a sea monster, and end up in the nose of a giant dragon. But with help from a girl who can transform into a monster, they might just make it back home.
Dan McGuiness