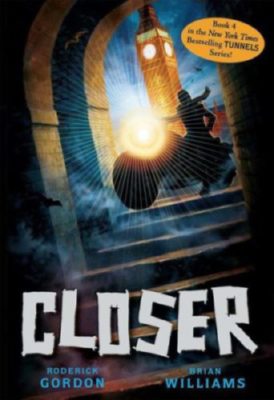 Closer to victory...or closer to death? An army of darkness is on the march: Who won't escape with their life? The fourth book in the New York Times Bestselling TUNNELS series!At long last reunited with his dad, Will now spends his days exploring the "land of the second sun," decoding the cryptic glyphs carved into its three mysterious temples--or eyeing the wild animals with renegade girl Elliott. Chester, meanwhile, has finally returned Topsoil, where his homecoming is rapidly becoming a horror show. But an army of darkness is on the march. And the ruthless Rebeccas have once more cheated death. With a corps of cold-blooded Limiters at their command, they're determined to hunt Will to the bitter innards of the earth. This time, who WON'T escape with their life?
Roderick Gordon