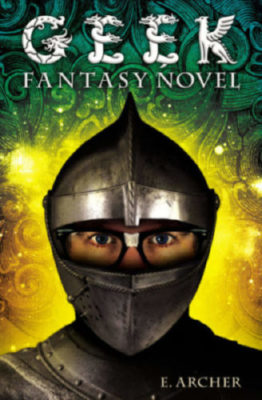 Be careful what you wish for. Really.

They can get you trapped in a fantasy world full of killer bunny rabbits, evil aunts, and bothersome bacteria, for example.

But you already knew that, didn't you?

Ralph, alas, does not. He's been asked to spend the summer with his strange British relatives at their old manor house in order to set up their Wi-Fi network. But there's much more to it than that, of course. It's just that nobody told Ralph. He's a gamer, sure. But this game is much stranger -- and funnier -- than anything manufactured by Nintendo.

So put on your suit of armor. Take out your 20-sided die. Brush up on your warcraft. Or, at the very least, open up this book.