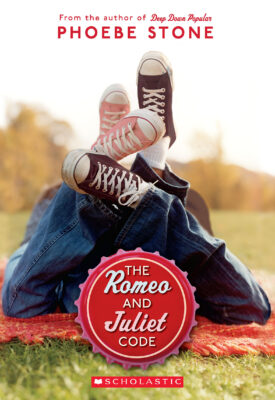 The Romeo and Juliet Code

A sudden trip to a seaside house. A boy with brown sugar eyes. And then , a mysterious letter.Felicity's glamorous parents have a secret. When they leave her with distant relatives in Maine, far away from the battles of WWII, Felicity hopes they won't be gone for long. Her new Uncle Gideon hides things. Her Aunt Miami is star-crossed. And Derek, a kid her age, refuses to leave his room.But Felicity needs Derek's help. Gideon is getting coded letters from Felicity's parents, and she's sure they're in trouble. Can Felicity crack the code, heal the family and save her parents, all while surviving her first crush? It's a tall order for a small girl, but Felicity is up for the challenge.