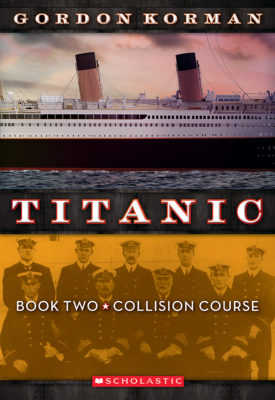 The Titanic has hit the high seas--and moves steadily toward its doom. Within the luxury of the cabins and the dark underbelly of the ship, mysteries unfold--a secret killer who may be on board, a legacy that may be jeopardized, and a vital truth that will soon be revealed. For Paddy, Sophie, Juliana, and Alfie, life on the Titanic brings both hiding and seeking, as their lives become irrevocably intertwined.

And then, of course, an iceberg appears, and the stage is set for the final scene.