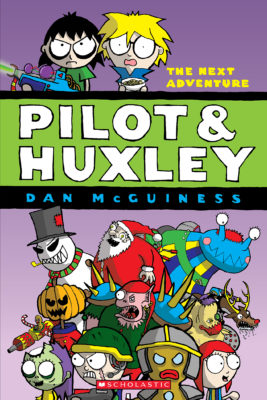 Pilot and Huxley just want to get home, but an unexpected glitch hurtles them into the holiday lands instead. Now they're stuck in a bizarre world where ghouls and zombies in Halloween Land are friendly, and Santa and his elves in Christmas Land are evil. Will the boys make it out alive? Can they find a way back to Earth? Is a bowl of noodles a deadly weapon? Find out!
Dan McGuiness