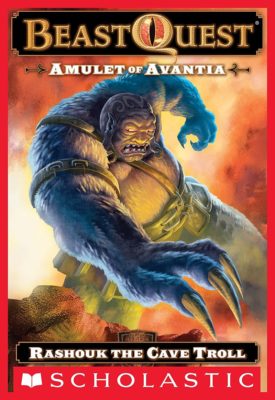 Lurking in the Dead Peaks is Rashouk the Cave Troll. This Ghost Beast can smell out his victim's fear and after tracking them down he turns them into stone. It will take all of Tom's courage to capture Rashouk's piece of the Amulet of Avantia, but failure means never seeing his father again...
Adam Blade

From out of the shadows came a creature more terrifying than anything Fren had ever laid eyes on. The Beast wasn''t much taller than a man, but was five times as wide, and his shoulders scraped along the cave walls.

Fren recognized the creature, but only from old stories he had thought were fantasy. "A troll!" he cried, stumbling backward as the Beast pounded toward them, his yellow teeth bared. Fren could see that the troll''s hands were the size of large spades, and that the fingers on his right hand had long, jagged yellow nails. "Run!" he shouted to Bly.