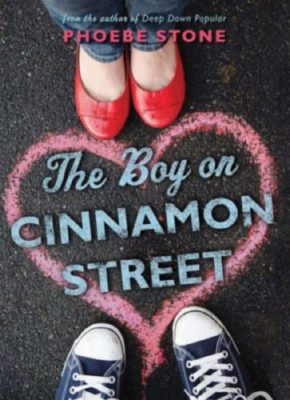 The Boy on Cinnamon Street

7th grader Louise should be the captain of her school's gymnastics team - but she isn't. She's fun and cute and should have lots of friends - but she doesn't. And there's a dreamy boy who has a crush on her - but somehow they never connect. Louise has everything going for her - so what is it that's holding her back?

Phoebe Stone tells the winning story of the spring when 7th grader Louise Terrace wakes up, finds the courage to confront the painful family secret she's hiding from - and finally get the boy.

--- - From The Boy on Cinnamon Street
Sometimes amazing things happen to people and nobody knows about it. Nobody knows or cares. Some day many years from now in the faraway future, I will look back and say, "That year when I was in 7th grade, I knew a boy named Henderson Elliot and what he did for me was extraordinary and who he was and how he won my heart was nothing short of incredible."