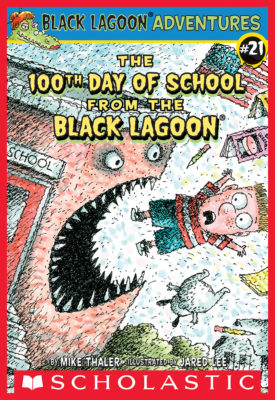 The 100th Day of School from the Black Lagoon

Hubie's class is celebrating the 100th day of school by having each student bring in 100 of something. But Hubie has no idea what to choose. Should he go with 100 hairs on his head? 100 baseball cards? What can Hubie pick out of all the hundreds of 100 items he could bring?
Jared Lee