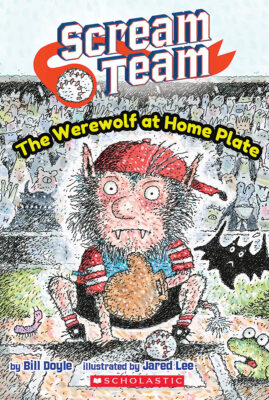 All Karl wants to do is make the Junior Club Werewolves team. But when tryouts turn into a monster letdown, Karl decides to put together a squad made up of other creatures who didn't make their own teams. A vampire, a zombie, a blob, and others all decide to play together. With their first game coming up and almost no time to practice, this group of misfits must use the qualities that make them special to overcome the odds and win.
Bill Doyle

Bill Doyle is the author of several books for young readers, including the Behind Enemy Lines series, the Crime Through Time series, and the Henry and Keats books. He's also written for Sesame Workshop, Time For Kids, Sports Illustrated Kids, and Rolling Stone. Bill lives in New York City with two misfit dachshunds. You can visit him online at www.billdoyle.net.