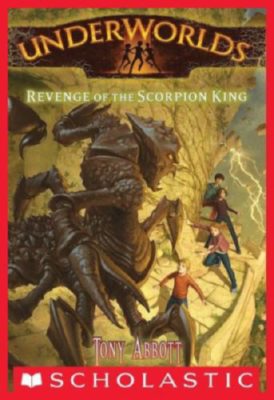 Underworlds #3: Revenge of the Scorpion King

The underworlds are rising -- and no one is safe.

Loki is waging war, and Pinewood Bluffs is about to become his battlefield. Owen, Dana, Jon, and Sydney know they have to stop him. They'll do whatever it takes.

But when they stow away in Loki's sledge and emerge in a new, mysterious underworld they know nothing about, things get complicated. The Babylonian underworld is dark as night and full of vicious monsters, including the dreaded Scorpion King. Will Owen and his friends ever make it back to Pinewood Bluffs?