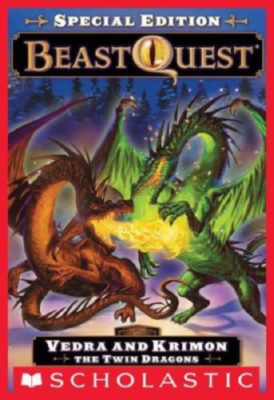 New Beasts have been created in Avantia-- twin dragons Vedra and Krimon. But the Wizard Malvel plans to capture them, so Tom must take the dragons into hiding. Can Tom save the twin Beasts from the wizard's evil spell?
Adam Blade