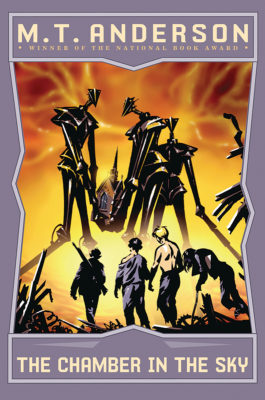 The Norumbegan Quartet #4: The Chamber in the Sky

Brian and Gregory have seen it all. They've played a strange, twisty game and won, and then created their own...sort of. They've gone to investigate intergalactic suburban sprawl that was infringing on the Vermont forests, and landed in the empire of New Norumbega inside the huge body of an alien. They've escaped certain death, walked right into it, and wreaked small amounts of havoc of their own. And finally, they're going to make sense of all their travels and adventures...if they possibly can!

Part fantasy, part mystery, part quest, part Monty Python, the Game of Sunken Places #4 brings to a close the incredible, strange, funny journey of Brian and Gregory, as only the masterful M. T. Anderson could.