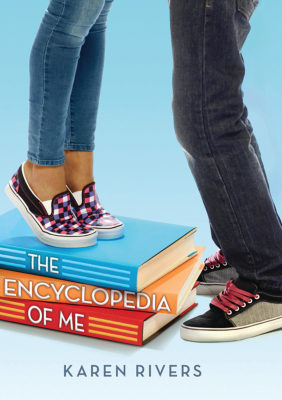 The Encyclopedia of Me

Tink Aaron-Martin has been grounded AGAIN after an adventure with her best friend Freddie Blue Anderson. To make the time pass, she decides to write an encyclopedia of her life from "Aa" (a kind of lava--okay, she cribbed that from the real encyclopedia) to "Zoo" (she's never been to one, but her brothers belong there).

As the alphabet unfolds, so does the story of Tink's summer: more adventures with Freddie Blue (and more experiences in being grounded); how her family was featured in a magazine about "Living with Autism," thanks to her older brother Seb--and what happened after Seb fell apart; her growing friendship, and maybe more, with Kai, a skateboarder who made her swoon (sort of). And her own sense that maybe she belongs not under "H" for "Hideous," or "I" for "Invisible," but "O" for "Okay."

Written entirely in Tink's hilarious encyclopedia entries, The Encyclopedia of Me is both a witty trick and a reading treat for anyone who loves terrific middle-grade novels.
Karen Rivers

Karen Rivers writes rich and funny novels for middle-grade readers, young adults, and the occasional grown-up. She lives in Victoria, British Columbia, with her two children and a noxious-smelling dog. Visit her online at http://www.karenrivers.com and @karenrivers.

--- - Alaska.
I include the mighty state of Alaska because all encyclopedias need to contain geographical references to look legit. I do not know anything about Alaska, except where it is, which is guaranteed to be north of wherever you are right now.[1] Many types of bears live in Alaska, most of whom would eat you as soon as look at you. Killer whales go there in the summer to eat herring during herring blooms.[2]
There are also a lot of men in Alaska, and almost no women, making it a hot spot for old people who are single and can't believe they forgot to get married and need to find someone ASAP or else risk never being photographed in an unflattering white gown.
I've forgotten where I read that about the glut of single men. It's possible I made it up. If you are using this encyclopedia as a reference to write your school report about Alaska, congratulations! You just got an F.

[1] Unless you are actually IN Alaska, in which case you already know all there is to know about it and can go ahead and skip this entry.
[2](I do watch the Discovery Channel sometimes, so I'm not a total imbecile when it come to actual facts.)