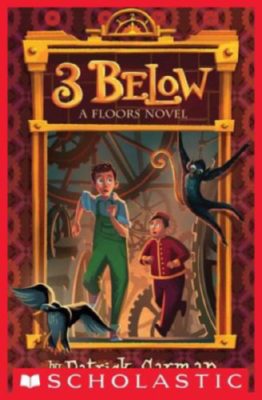 Charlie had his chocolate factory. Stanley Yelnats had his holes. Leo has the wacky, amazing Whippet Hotel.Now that Leo has uncovered a few secrets behind the wacky Whippet Hotel, he'll have to save it!Leo has explored the zany, wonderful Whippet Hotel from basement to top floor, with trains, flying goats, and mazes (among other things) in between. But even Leo doesn't know every secret of the Whippet - and when he discovers that there's more beneath the hotel than he'd thought, it doesn't take long for more adventures to unfold!

Patrick Carman is the bestselling author of numerous series for young readers, including The Land of Elyon, Elliot's Park, Skeleton Creek, Atherton, Trackers, Dark Eden, and 3:15. He got his start as a storyteller weaving bedtime tales for his two daughters. He lives in Walla Walla, Washington, with his family.