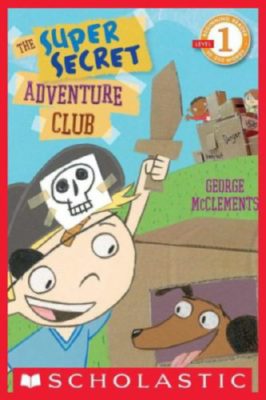 Sam, Matt, and Luke have built the coolest clubhouse ever. But they can't decide what kind of club they should be. Are they space explorers? Dino hunters? Pirate
captains?

For three small boys with big ideas, life is one crazy adventure after another in this simple Level 1 reader!
George McClements

George McClements is the creator of several picture books, including Baron von Baddie and the Ice Ray Incident, Ridin' Dinos with Buck Bronco, and Night of the Veggie Monster, for which he appeared on the Rachel Ray television talk show. George lives with his family in Glendale, California.