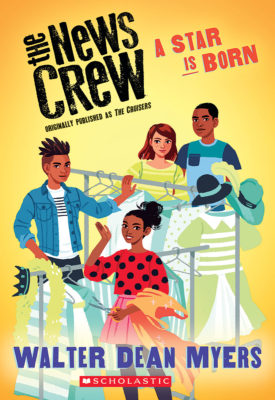 An alternative school newspaper published by Zander and his crew is alive and well. And now there's plenty to report on when LaShonda steps into the spotlight with her costume designs for an upcoming play. LaShonda's designs get rave reviews, but she soon learns that show business is filled with challenges and choices. LaShonda is forced to consider what's more important--fame, or loyalty to her autistic brother. Whether she gets a standing ovation or the curtain pulled down on her is up to LaShonda. And she can't help but wonder if her friends have got her back and will be there for her whether she's center stage or waiting in the wings.

With signature humor and thought-provoking questions, Walter Dean Myers's acclaimed series once again delivers a whip-quick story that will keep readers at the edge of their seats, and have them applauding after the drama ends on the book's last page.