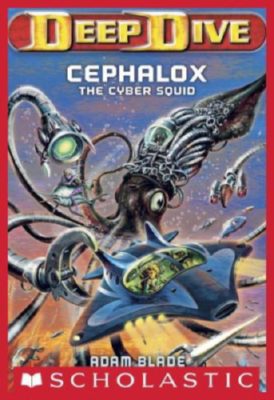 Max's home, the floating city of Aquora, is attacked by Cephelox the Cyber Squid and his father is carried away by the Robobeast. Max and his robodog, Rivet, set off on a rescue mission. Along the way, they meet Lia, a princess of an ancient race of Merryns who live underwater. The Merryn's magic powers are fading because the evil Professor has stolen four pieces of a skull that is the source of their abilities. It is up to Max and Lia to retrieve these items and save Max's father before it is too late.
Adam Blade