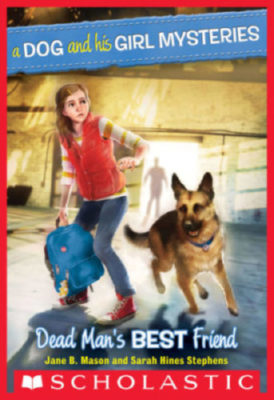 A Dog and His Girl Mysteries #2: Dead Man's Best Friend

The second exciting installment of A Dog and His Girl Mysteries!Cassie's mom, an exemplary officer and model of integrity, is suspended from the force pending an investigation--and won't say why. It's an awkward situation for the police, for the town, for the mayor, and especially for Cassie. Having her mom (who is dealing with her stress by micromanaging her family) home 24/7 is seriously cramping her style. To get her out of their hair, Cassie and Dodge take the case. They've got to clear Chief Sullivan's name, save her reputation, and get her back to work before she drives them all nuts.The girl/dog detective duo has no idea what they are getting into. A "borrowed" police file reveals that Cassie's mom is being accused of negligence in ordering a raid that ended in the death of an officer. Cassie can't believe her mom would make that kind of mistake. But even harder to swallow is that fact that the officer who died was Dodge's first partner and the chief's brother in law...
Sarah Hines-Stephens