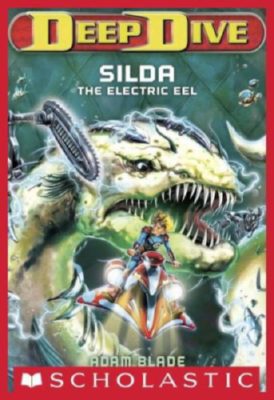 Max and Lia are following the evil Professor's trail to rescue Max's father. But when Max doesn't heed Lia's warning about the dangers of the ocean, he ends up getting scooped up in a jetstream. Luckily his friends manage to keep up with him. The stream leads him to another one of the Professor's Robobeasts, Silda the Electric Eel. Can Max defeat this foe and recover the second piece of the ancient skull that grants magical powers to Lia and her people?
Adam Blade