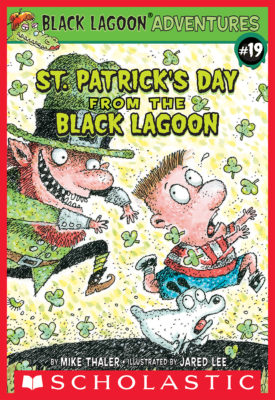 It's St. Patrick's Day and Hubie needs to find something green to wear for the big class parade. Leprechauns, four-leaf clovers, pickles--how can he possibly make a decision with all these great options? He better decide quickly, because there's a rainbow out and everyone is looking for the pot of gold at the end of it.
Jared Lee