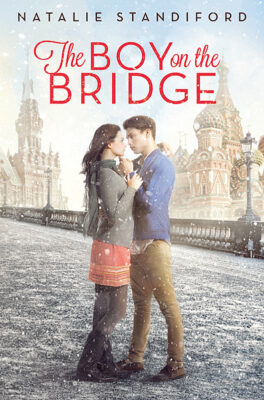 The Boy on the Bridge

Laura Reid goes to Leningrad for a semester abroad as Cold War paranoia is peaking in 1982. She meets a young Russian artist named Alexei and soon, with Alexei as her guide, Laura immerses herself in the real Russia--a crazy world of wild parties, black-market books and music, and smuggled letters to dissidents. She must keep the relationship secret; associating with Americans is dangerous for Alexei, and if caught, Laura could be sent home and Alexei put under surveillance or worse. At the same time, she's been warned that Soviets often latch onto Americans in hopes of marrying them and thus escaping to the United States. But she knows Alexei loves her. Right?

As June approaches--when Laura must return to the United States--Alexei asks Laura to marry him. She's only nineteen and doesn't think she's ready to settle down. But what if Alexei is the love of her life? How can she leave him behind? If she has a chance to change his life, to rescue him from misery, shouldn't she take it?