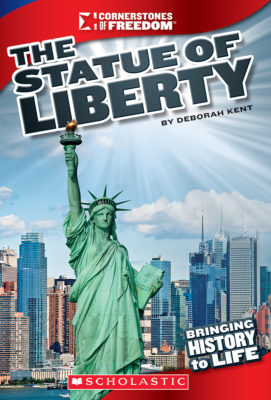 Statue of Liberty, The

Standing at the entrance to New York Harbor, the Statue of Liberty welcomed millions of immigrants to the United States early in the twentieth century. To people all over the world it is a symbol of freedom and friendship. How and why was this magnificent statue built? In this book readers will learn the fascinating story behind the statue's creation.
Deborah Kent

Kent recieved her B.A. in English from Oberlin College and earned a master's degree from Smith College School for social work. She lives with her husband, R. Conrad Stein, and daughter Janna.