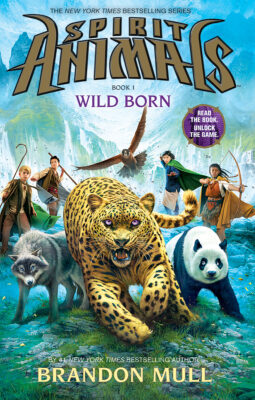 In the world of Erdas, four children are about to discover if they have a spirit animal bond, a rare link between human and beast that gives great powers to both. Separated by vast distances, Conor, Abeke, Meilin, and Rollan each see a flash of light . . . and then the animals emerge.

Wolf, leopard, panda, falcon. Each of the children has summoned a beast from legend. Now their fate is set. The four heroes and their animals must band together on a dangerous quest. A dark force from the past is rising, and only they have the power to stop it.

The fate of Erdas has fallen on the shoulders of these brave strangers . . . and on you. Part engrossing book series, part action role-playing game -- discover your spirit animal and join the adventure.
Brandon Mull