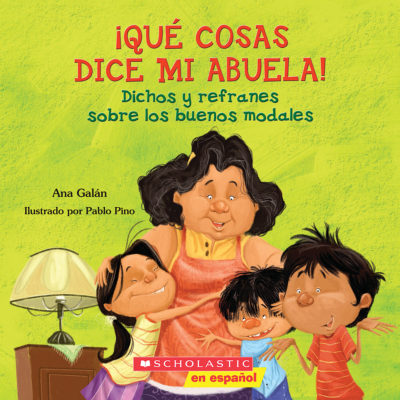 A boy narrates the events of a regular day, relating along the way his grandmother's advice on manners, which come in the form of traditional Spanish-language sayings.

Pablo Pino was born in Buenos Aires, Argentina. A self-taught artist, he spends most of his time making up stories, characters and new worlds, working mainly in the digital environment, but also with acrylic and other traditional materials that feed his need to draw and paint on paper.

Ana Galán was born in Spain. In 1989, she moved to New York, where she started her career as an editor and translator. She is the author of many books in English and Spanish. When she is not writing, she likes to hang out with her three teenage children and play with her dog, a Labrador retriever.