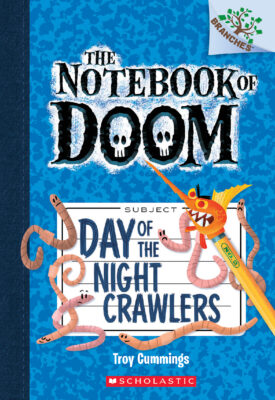 In this second book in the series, Alexander and his new friend, Rip, try to learn more about the monster-filled notebook. They follow clues left by strange worms called night crawlers. It turns out new monsters are in town--giant fish monsters called tunnel fish--and even a fish-kabob monster! This humorous, action-packed book has fun black-and-white illustrations on every page.
Troy Cummings