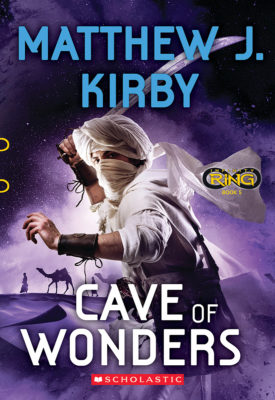 From the publishers of Spirit Animals and The 39 Clues and the mind of James Dashner, #1 New York Times bestselling author of The Maze Runner.

Europe is in the grip of the Dark Ages, but there is a light in the dark: Baghdad. The great city has become a center of learning, populated by scholars, merchants, and explorers from all across the known world. But danger lurks in the desert... and Dak, Sera, and Riq must act fast to save the world's greatest library from utter destruction.

BONUS! Join the adventure -- and experience key moments in history -- in the epic online Infinity Ring game. Each book in the series unlocks a whole new quest.
scholastic.com/infinityring.