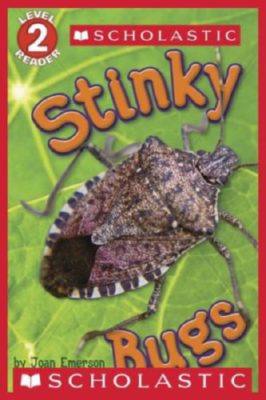 From the East Coast to the West, stink bugs have arrived and it looks like they're here to stay. This level 2 reader will include all the answers about stink bugs that kids seek. Where are they from? How did they get here? Why do they smell? How do we get rid of them! It will also feature other gross bugs, some that kids know and some they may just be discovering for the first time. The cover will feature a large photo of a stink bug, which will draw kids in with the gross factor.
Joan Emerson

Joan Emerson is a writer of children's books living in Brooklyn.