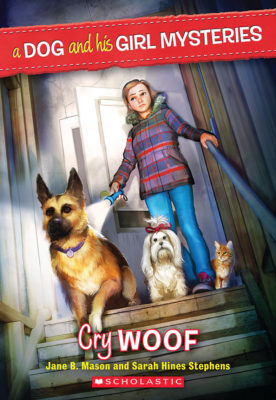 A Dog and His Girl Mysteries #3: Cry Woof

Dodge and Cassie can't take a walk without landing in a mystery or two. When the town eccentric is found dead, the pair knows something's off--they even find themselves fostering one of her thirteen cats! But her neighbors aren't the only ones acting suspicious. The residents at the senior center seem younger and more active every day--until one of them lands in the hospital.

Something smells fishy to Dodge and Cassie. Was the death really an accident? What are the neighbors hiding? Is there any reason both cats and people would be falling sick? One thing is for sure--this dog and his girl won't stop sniffing until they find answers!
Sarah Hines-Stephens