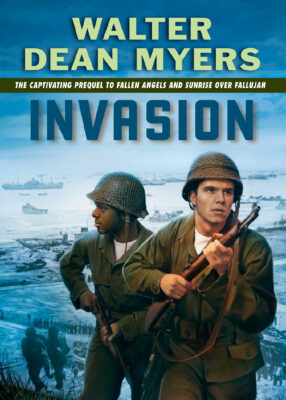 Josiah Wedgewood and Marcus Perry are on their way to an uncertain future. Their whole lives are ahead of them, yet at the same time, death's whisper is everywhere.

It's May 1944. World War II is ramping up, and so are these young recruits, ready and eager. In small towns and big cities all over the globe, people are filled with fear. When Josiah and Marcus come together in what will be the greatest test of their lives, they learn hard lessons about race, friendship, and what it really means to fight. Set on the front lines of the Normandy invasion, this novel, rendered with heart-in-the-throat precision, is a cinematic masterpiece. Here we see the bold terror of war, and also the nuanced havoc that affects a young person's psyche while living in a barrack, not knowing if today he will end up dead or alive.