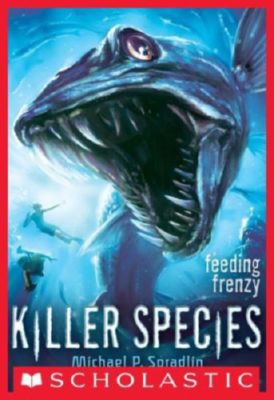 Time has passed since anyone's heard from Dr. Catalyst. Emmet and Calvin have even begun to think that the crazed scientist might be gone for good.

But then, on a trip to snorkel off the Florida coast, one of their friends is nearly drowned by an underwater monster, with endless rows of razor-sharp teeth. No one is quite sure what they saw. Was it a moray eel? A giant barracuda?

There's only one thing Emmet knows for certain. Dr. Catalyst is back. And this time, he's out for revenge.
Michael P. Spradlin