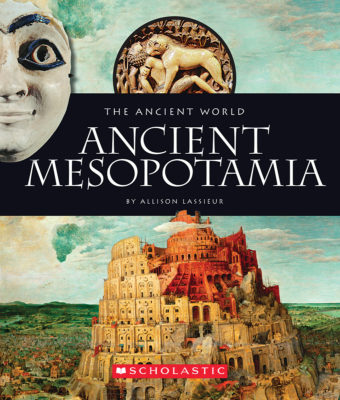 Over ten thousand years ago, humans began settling in the land between the Tigris and Euphrates Rivers in what is now southwestern Asia. Over time, these early settlements grew into Mesopotamia, the world's first civilization. Readers (Grades -9) will discover the long history of this incredible civilization and the incredible impact it had on the development of the world as we know it today.
Allison Lassieur

Allison Lassieur is a professional freelance author who began her career in publishing as an avid D&D player. Lassieur worked for thirteen years in the publishing industry as an editor for magazines such as Disney Adventures and Highlights for Children.

She's edited game products for TSR, West End Games, and Sierra Online. In addition, she has more than two dozen nonfiction children's books to her credit and has contributed to such magazines as National Geographic World and Scholastic News.