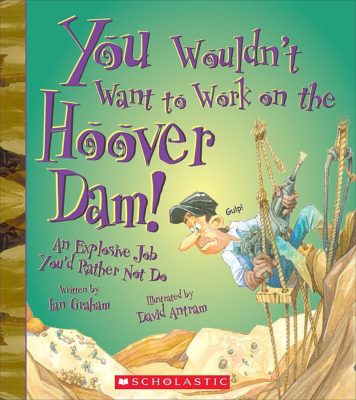 You Wouldn't Want to Work on the Hoover Dam! : An Explosive Job You'd Rather Not Do

This interactive series will enthrall young and reluctant readers (Ages 8-12) by making them part of the story, inviting them to become the main character. Each book uses humorous illustrations to depict the sometimes dark and horrific side of life during important eras in history.

In 1920s America, life is hard and many people are out of work. But you have the chance to work on a truly massive building project: a giant dam that will provide power and water for years to come, and prevent the devastating floods caused by the Colorado River.
David Antram