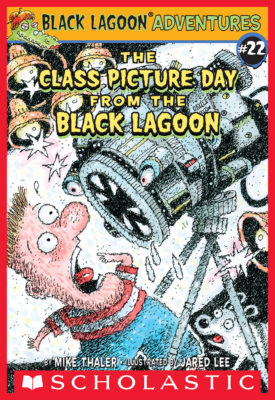 The Class Picture Day from the Black Lagoon

Picture day is here and the whole class is ready to "say cheese." But Hubie isn't interested in getting his photo snapped. His hair won't stay in place and he doesn't know which pose to choose. He can't even tell which is his good side. Can Hubie face his fears about his face?
Jared Lee