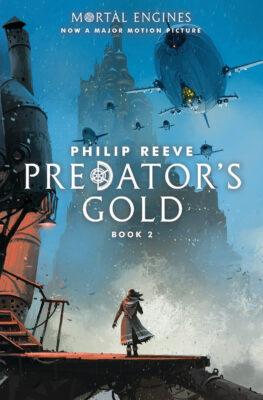 With the great Traction City of London completely destroyed, Tom Natsworthy and Hester Shaw travel across the world, trading with other airships and adventuring on the exciting and exotic routes of the Bird Roads. When their little scrapyard aircraft is pursued by rocket-firing gunships, the ice city of Anchorage offers them sanctuary. But as Tom and Hester soon discover, it is no safe refuge. Devastated by plague in recent years and haunted by ghosts and madness, Anchorage is headed for the Dead Continent of North America. It's a perilous course, one that will take them directly into a firestorm of danger and conflict.