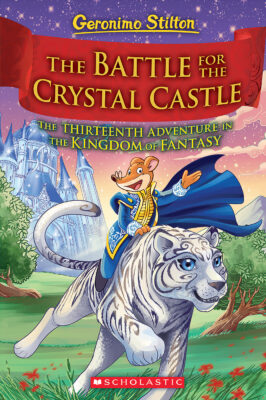 The Battle for Crystal Castle

Series: Geronimo Stilton and the Kingdom of Fantasy

I, Geronimo Stilton, was surprised to be pulled back into the Kingdom of fantasy!

The Harmony Stone had been stolen from the Crystal Castle. Without it the entire empire was at it's weakest. The Invisible Army was sure to launch an attack.

Queen Blossom sent me on a mission to find the ancient crown and restore harmony to the empire. Could I make it back in time to help defend the Crystal Castle in battle?