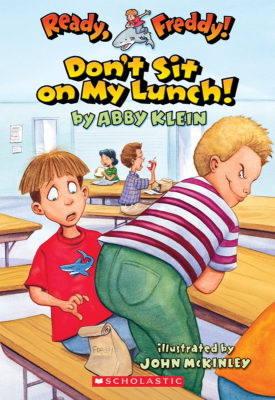 "I have a problem. A really, really, big problem. I want to try out for the peewee hockey team, but so does Max . . ."
Bullies are a problem in school, and Max Sellars is the worst one yet. In addition to hassling Freddy, Max also challenges him for the open spot on the peewee hockey team. Freddy's close friend Jessie is a star hockey player, and she secretly teaches him some rules and tricks. In a warm and funny ending, Max and Freddy make peace with one another, and--in a surprising twist--end up becoming teammates.