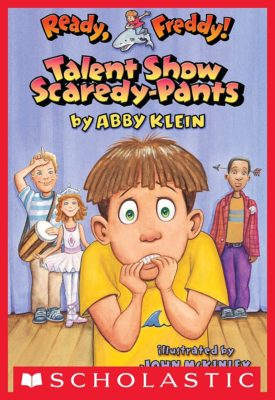 Watch out, Junie B., there's a new kid on the block! It's Freddy Thresher, a 1st grader who knows it's a jungle out there. Here's the fifth in a new series by an elementary teacher who's seen it all."I have a problem. A really, really, big problem. My class is having a talent show, and I have no talent!"Everyone's excited about the first grade Grandparents Day talent show--everyone except Freddy. He thinks he has no talent, and bully Max Sellars's teasing is making him feel even worse! But when Freddy's dad teaches him some magic tricks, it just might make Freddy a star, AND get Max off his back. Tricks are tricky though, and when things go awry, Freddy must count on Papa Dave and his sister Suzie to make some extra-special magic happen, both for the talent show, and for Max!