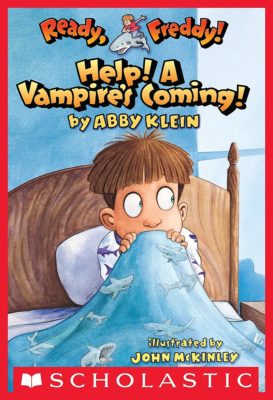 Watch out, Junie B., there's a new kid on the block! It's Freddy Thresher, a 1st grader who knows it's a jungle out there. The sixth in a new series by an elementary school teacher who's seen it all."I have a problem. A really, really, big problem. I keep having these nightmares about a vampire."Freddy's horrible nightmares are keeping him awake all night. Now he's so tired that he falls asleep during breakfast and drools on himself while napping on the bus. He needs to get some rest--quick! But every time Freddy closes his eyes, the scary dream comes back. Will Freddy be able to outwit the vampire with the help of his best friend, his big sister, and his parents?